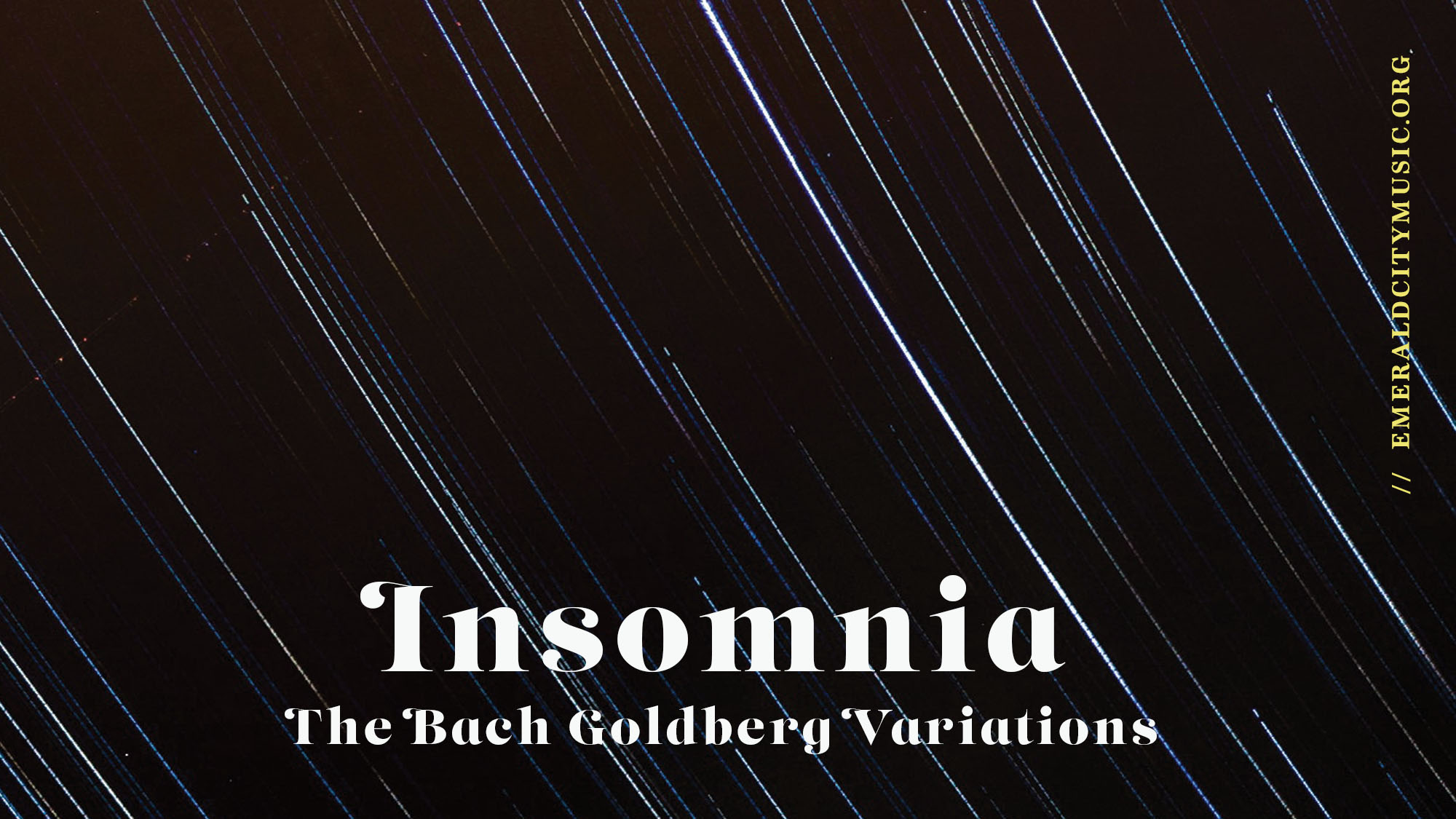 In our busy world, rest comes with a price. 17th Century Count Keyserling was no stranger to restlessness. He suffered from insomnia and had hired a fourteen year-old boy, Johann Gottlieb Goldberg, to play for him during his sleepless nights. Johann Sebastian Bach – now considered one of the greatest composers of all time – happened to be the music teacher of the young Goldberg and was requested by the Count to write some harpsichord pieces for Goldberg to play whenever he could not sleep. Bach produced this set of Variations based on this request, and Emerald City Music will offer these iconic works arranged for string trio. 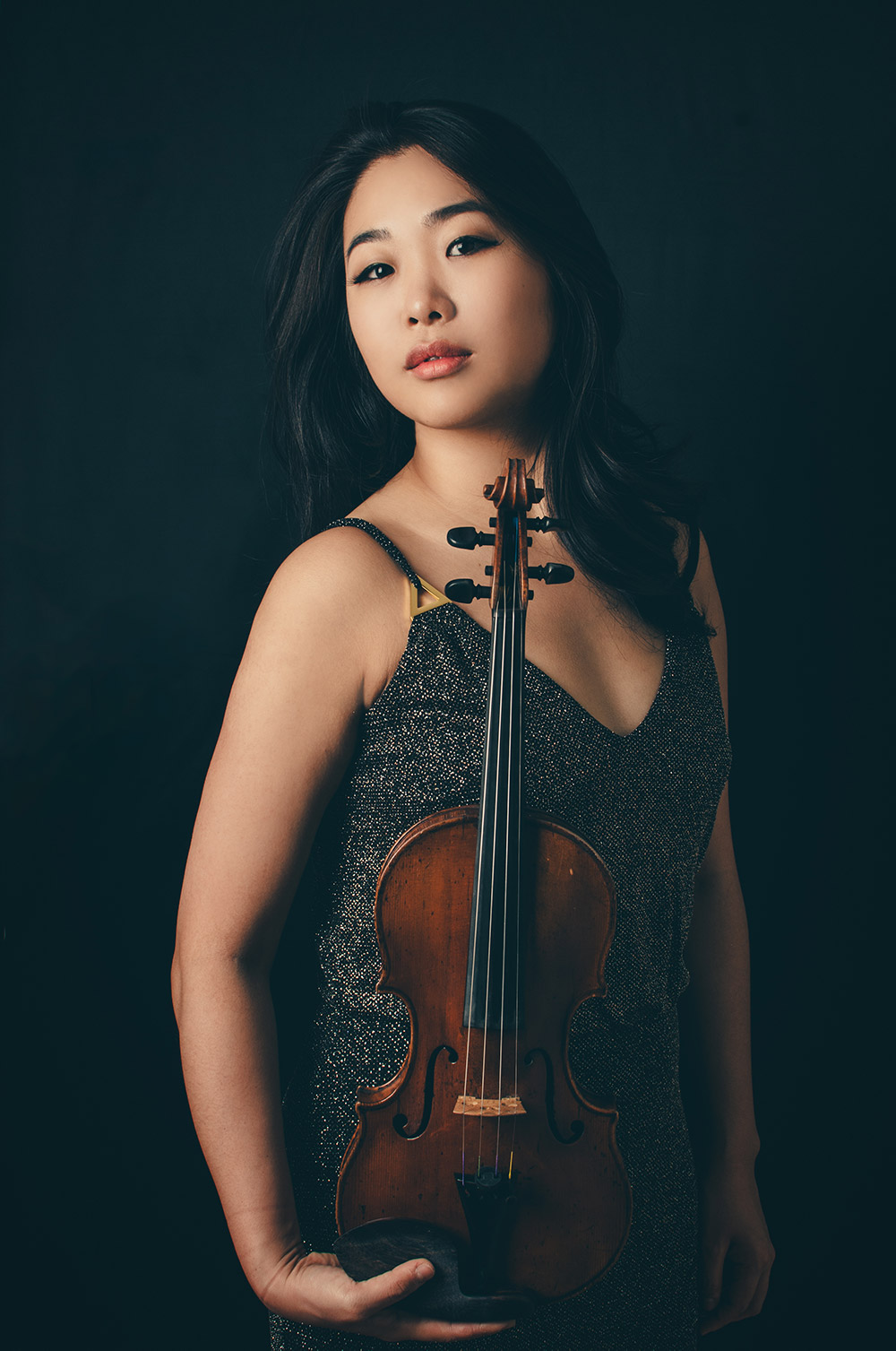 A recipient of the 2015 Avery Fisher Career Grant, as well as a top prizewinner of the 2012 Walter W. Naumburg Competition and the Astral Artists’ 2010 National Auditions, Kristin Lee is a violinist of remarkable versatility and impeccable technique who enjoys a vibrant career as a soloist, recitalist, chamber musician, and educator. “Her technique is flawless, and she has a sense of melodic shaping that reflects an artistic maturity,” writes the St. Louis Post-­Dispatch, and The Strad reports, “She seems entirely comfortable with stylistic diversity, which is one criterion that separates the run-of-the­mill instrumentalists from true artists.” Kristin Lee has appeared as soloist with leading orchestras including The Philadelphia Orchestra, St. Louis Symphony, St. Paul Chamber Orchestra, New Jersey Symphony, Rochester Philharmonic, Milwaukee Symphony, Tacoma Symphony, Hong Kong Philharmonic, Nordic Chamber Orchestra of Sweden, Ural Philharmonic of Russia, Korean Broadcasting Symphony, Guiyang Symphony Orchestra of China, Orquesta Sinfonica Nacional of Dominican Republic, and many others. She has performed on the world’s finest concert stages, including Carnegie Hall, Avery Fisher Hall, the Kennedy Center, Philadelphia’s Kimmel Center, the Metropolitan Museum of Art, Steinway Hall’s Salon de Virtuosi, Philadelphia Chamber Music Society, the Ravinia Festival, Philadelphia’s World Cafe Live, (Le) Poisson Rouge in New York, the Louvre Museum in Paris, Washington, D.C.’s Phillips Collection, and Korea’s Kumho Art Gallery. An accomplished chamber musician, Kristin Lee is a member of the Chamber Music Society of Lincoln Center, performing at Lincoln Center in New York and on tour with CMS throughout each season.

Performance highlights include concerts presented by the San Francisco Symphony with Itzhak Perlman, Amarillo Symphony, Chamber Music Sedona, a tour with the Silk Road Ensemble, Parlance Chamber Concerts, Moab Music Festival, Music in the Vineyards, Lyra Music Festival, Olympic Music Festival, North Carolina New Music Initiative, the Leicester International Music Festival, the Musicians Emergency Fund at Lincoln Center, as well as performances with the Chamber Music Society of Lincoln Center and Camerata Pacifica. Reflecting on both her personal journey and her professional journey, Kristin Lee has developed a new project, Americana, which showcases a spectrum of illustrious composers and the American musical styles which influenced them, as well as their own musical styles which influenced generations of composers to come. As a foreign-born citizen of America, Lee was compelled to select this unique collection of works to express her pride of the country she now calls her own, and offers recital programs that have a distinct and recognizable sound of American music and its rich history. Lee’s many honors include awards from the 2015 Trondheim Chamber Music Competition, 2011 Trio di Trieste Premio International Competition, the SYLFF Fellowship, Dorothy DeLay Scholarship, the Aspen Music Festival’s Violin Competition, the New Jersey Young Artists’ Competition, and the Salon de Virtuosi Scholarship Foundation. She is also the unprecedented First Prize winner of three concerto competitions at The Juilliard School – in the Pre-­College Division in 1997 and 1999, and in the College Division in 2007.

Born in Seoul, Lee began studying the violin at the age of five, and within one year won First Prize at the prestigious Korea Times Violin Competition. In 1995, she moved to the United States and continued her musical studies under Sonja Foster. Two years later, she became a student of Catherine Cho and Dorothy DeLay in The Juilliard School’s Pre-College Division. In January 2000, she was chosen to study with Itzhak Perlman. Lee holds a Master’s degree from The Juilliard School. She is a member of the faculty of the Aaron Copland School of Music at Queens College and the co-founder and artistic director of Emerald City Music in Seattle. 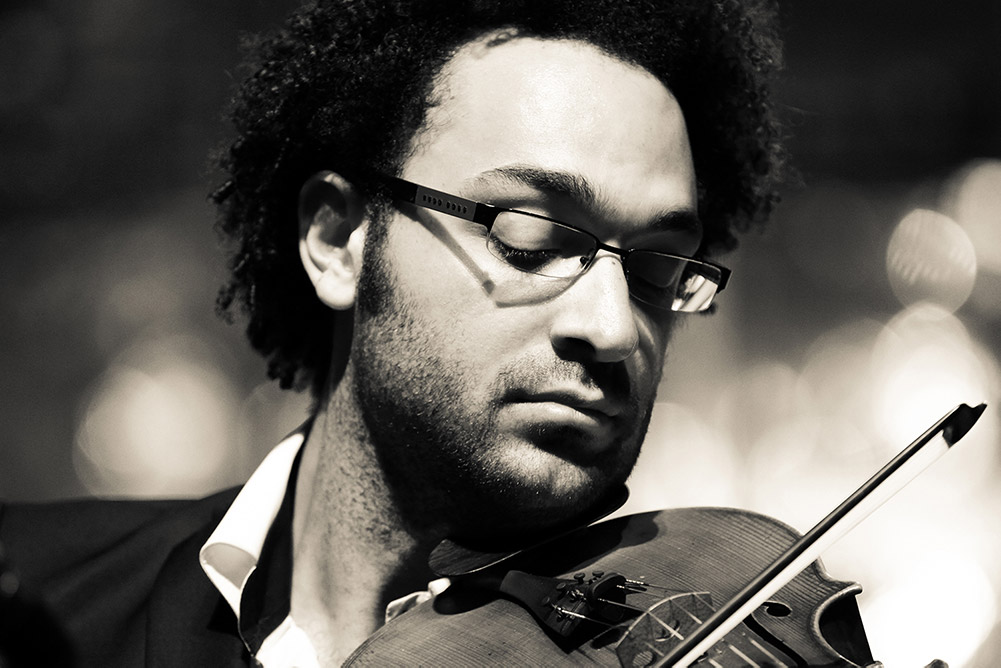 The Washington Post has praised violist Juan-Miguel Hernandez as having “…the sweetest, most sonorous tone…” (Charles T. Downey). The Atlanta Journal Constitution describes him as “…tender, lyrical, loaded with personality” (Pierre Ruhe).

As a soloist Juan-Miguel has made appearances with orchestras, including the Rochester Philharmonic, San Francisco Chamber Orchestra, the Chicago Sinfonietta, iPalpiti Orchestra, as well as the Colorado and Atlanta Symphonies. As a chamber musician he has collaborated with distinguished artists such as Lynn Harrell, Ralph Kirshbaum, Kim Kashkashian, Gérard Caussé and Itzhak Perlman.

Chamber music being at the forefront of his career, Juan-Miguel was a founder and member of the Harlem Quartet from 2006 to 2012 after which he joined the legendary Fine Arts Quartet from 2013 until 2018. He is also founder and member of the "Trio Virado" (Flute, Viola, Guitar) as well as the "Boreal Trio” (Clarinet, Viola, Piano), both specializing in the creation of new repertoire.

Juan-Miguel won the first Prize at the International Johannes Brahms Competition (Austria), adding to other top prizes won at the National Canadian Music Competition, and the 9th National Sphinx Competition, presented by JPMorgan Chase. He was honored with the medal of the National Assembly of Quebec for his significant international achievements.

In 2016 Juan-Miguel was appointed as a professor at the Royal Academy of Music (London). He was invited to serve on the Jury of the 2017 Johannes Brahms International Competition/Austria and the 2018 Sphinx Competition/USA.

He is currently working on a project which will feature classical repertoire for viola and analog synthesizer with Yamaha artist Merlin Etorre.

Further collaborations include Nora Jones’ album “Broken Little Hearts” as well as the album "Hot House" playing alongside Chick Corea and Gary Burton for which a Grammy was awarded.

Juan-Miguel Hernandez plays on a 2008 Miralles viola from Altadena/CA and  is a recipient of the Sphinx Organization’s MPower Artist Grant. 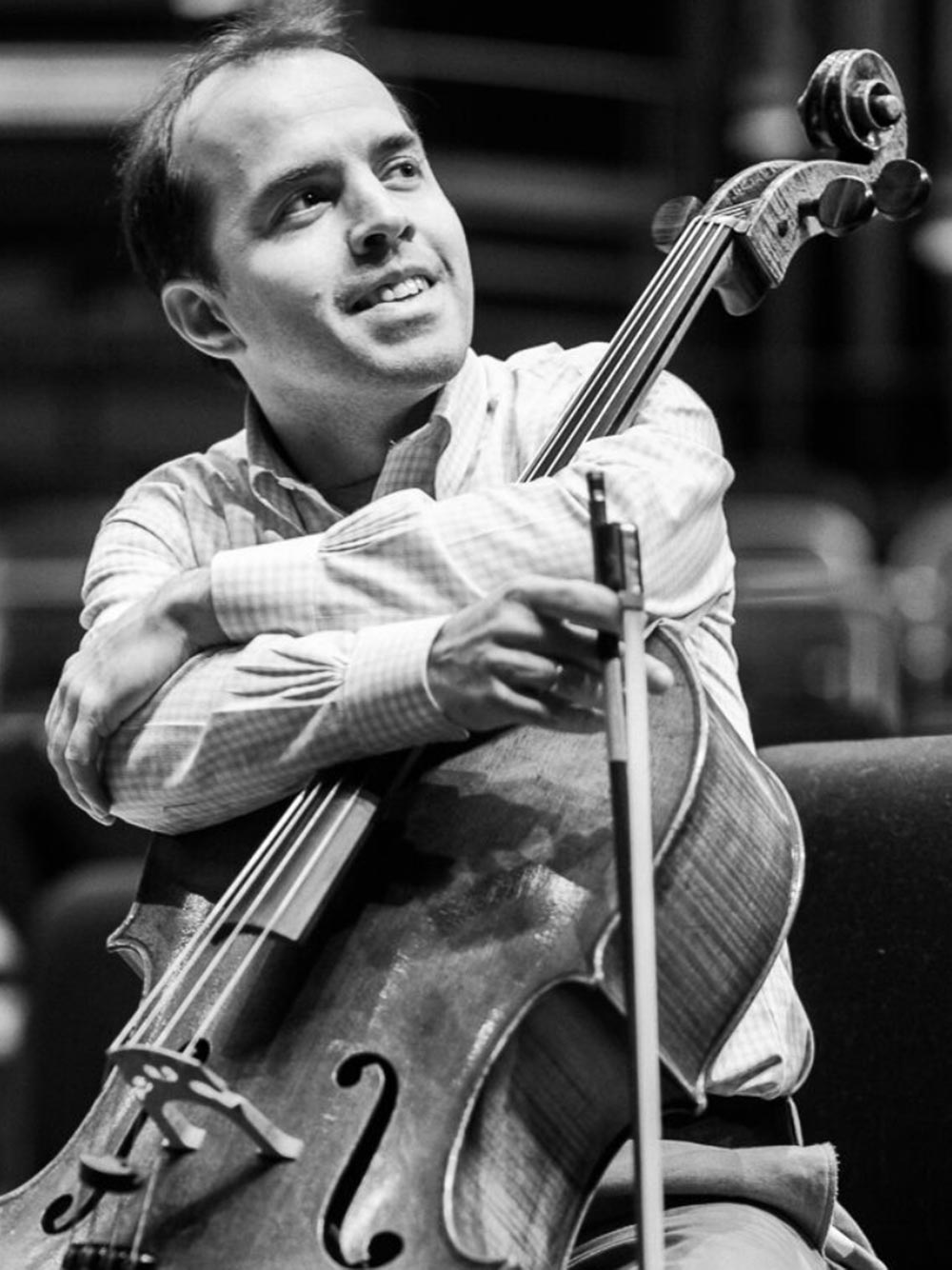 Turkish cellist Efe Baltacıgil comes from very musical family. At age five he started with the violin then at seven he switched to cello. After graduating from Mimar Sinan University State Conservatory in Istanbul he got in to the famous Curtis Institute of Music, where he studied with Peter Wiley and David Soyer. He won the Philadelphia Orchestra Associate Principal cello position at the age of 23, the Young Concert Artist audition, and the prestigious Avery Fisher Career Grant in 2006. In 2012 He made his Philadelphia Orchestra concerto debut followed by Berlin Philharmonic debut with the conductor Sir Simon Rattle. Efe Baltacigil currently holds the principal cello position in the Seattle Symphony Orchestra. Founding member of the East Coast Chamber Orchestra as well as member of the prestigious Marlboro Music Festival in VT. In his free time Efe enjoys sailing, windsurfing and volleypong. 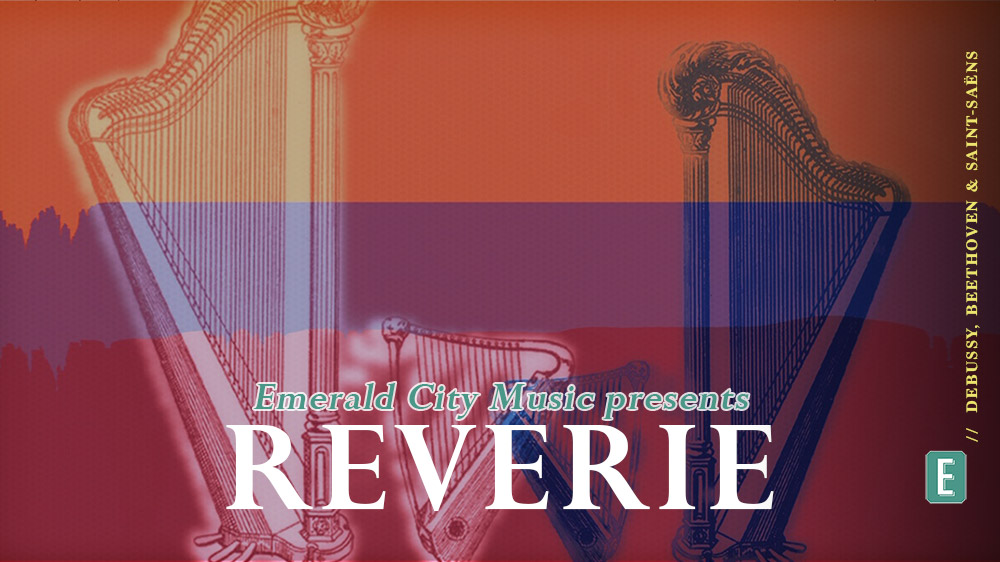 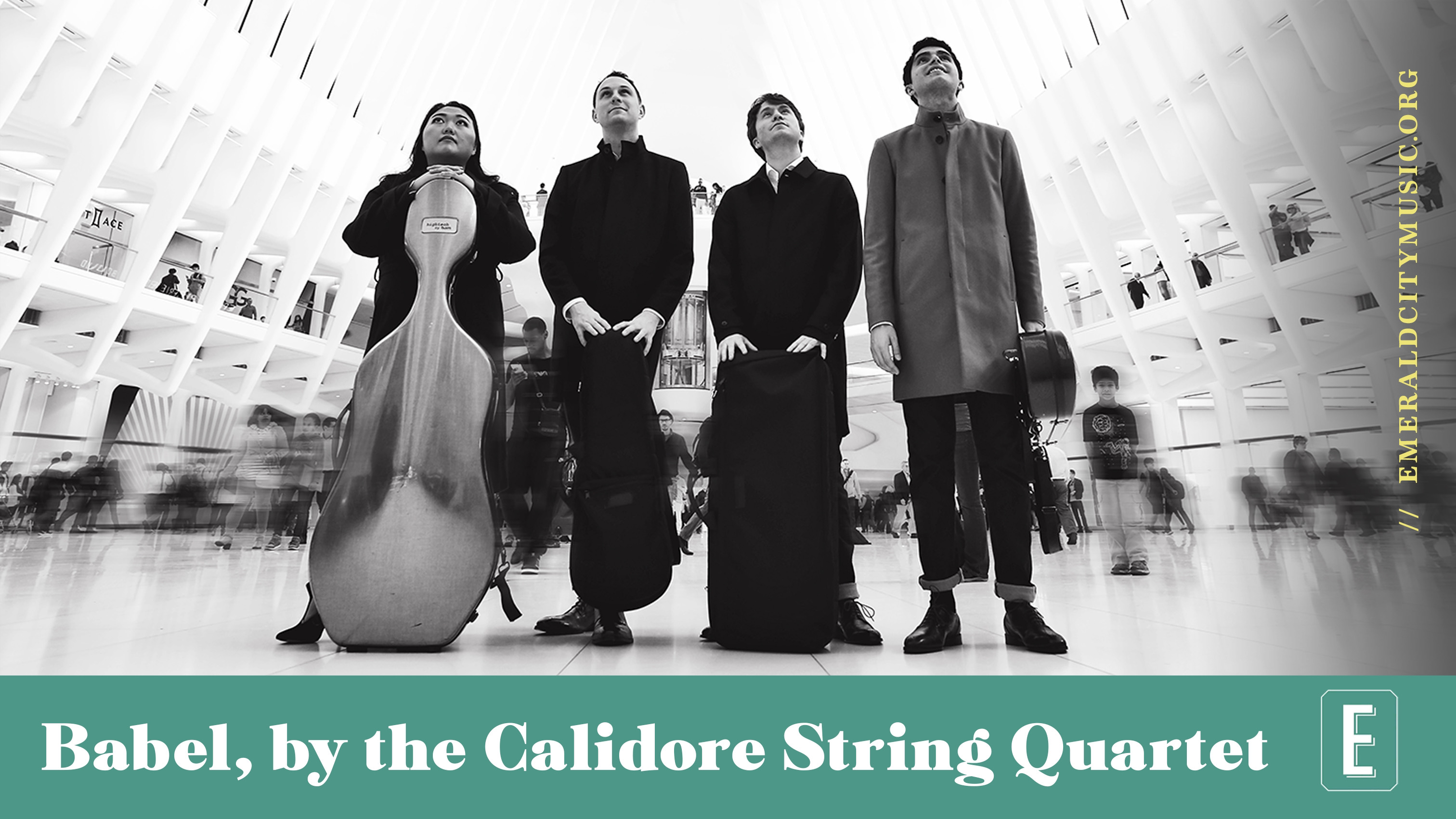 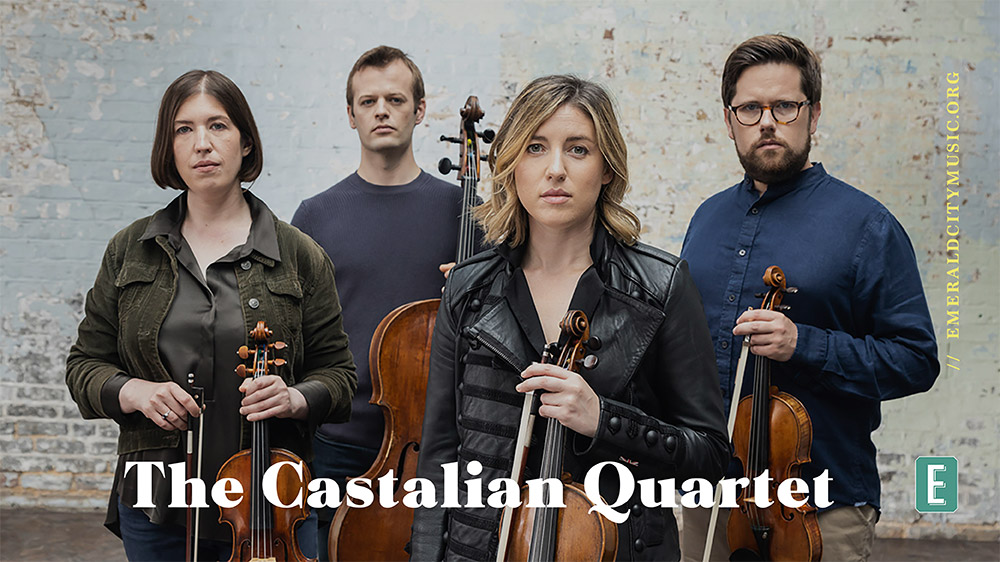 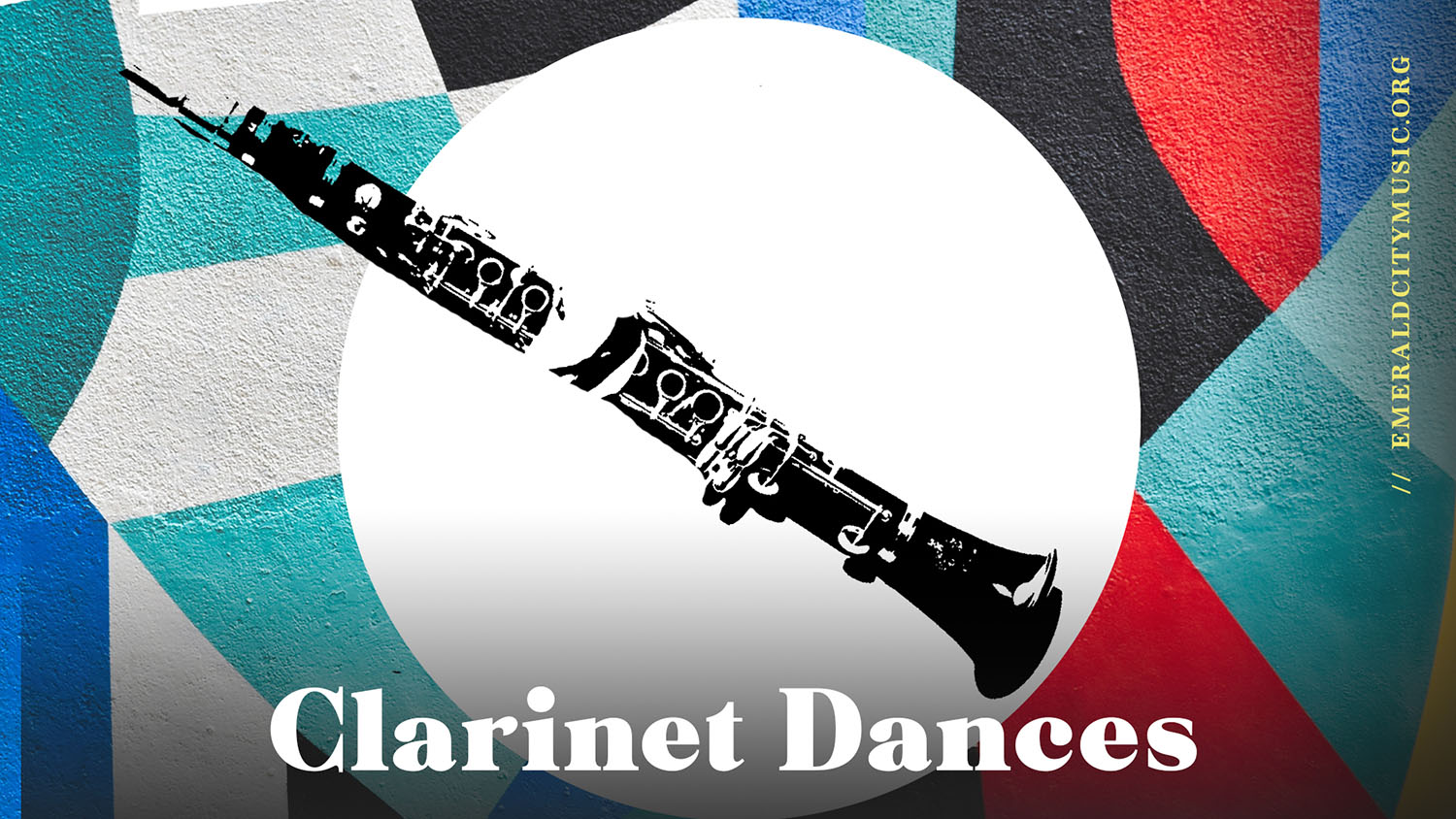