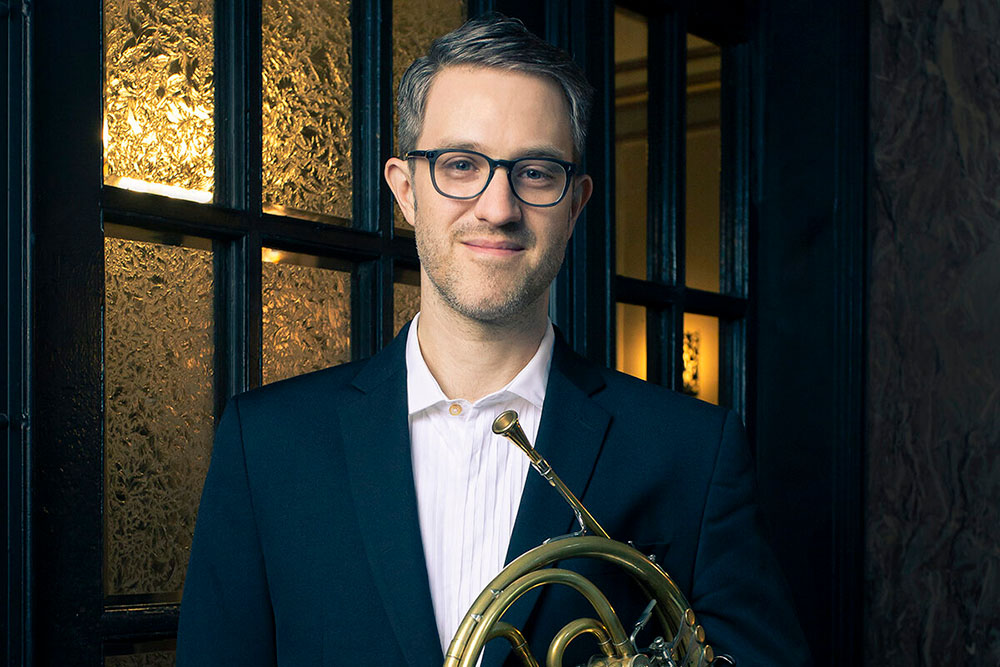 Eric Reed is an internationally recognized horn player, chamber musician, and educator. Based in New York City, Reed has performed and presented master classes on five continents in a variety of ensembles and musical styles. He is a member of the American Brass Quintet (ABQ) and serves on the horn and chamber music faculties at Juilliard, where the ABQ is in residence.

In addition to his work with the ABQ, Reed performs regularly with the Orchestra of St. Luke’s, Orpheus Chamber Orchestra, and the Chamber Music Society of Lincoln Center. Reed is a former member of the Canadian Brass and Carnegie Hall’s Ensemble Connect. He has also been a member of the Oregon, New World, and Harrisburg Symphonies. Reed is a member of the Ensemble Échappé, a sinfonietta dedicated to 21st-century music. He has given premiere performances of music by composers John Zorn, Eric Ewazen, William Bolcom, Wolfgang Rihm, Robert Paterson, Timo Andres, Kenneth Fuchs, and Eric Nathan.

Reed spends his summers teaching and performing at the Aspen Music Festival, Round Top Festival Institute, Cape Cod Chamber Music Festival and the Strings Music Festival in Steamboat Springs, Colorado. Reed resides in the Bronx with his wife, violinist Sarah Zun, and their son, Oliver.