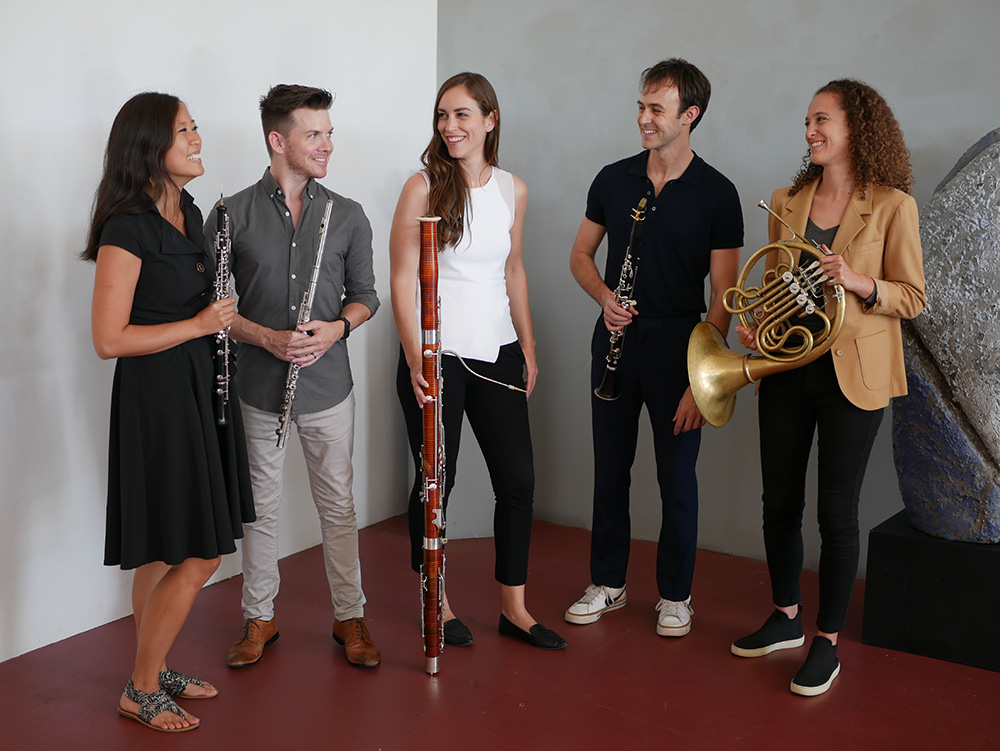 WindSync has established itself as a vibrant chamber ensemble performing wind quintet masterworks, adapting beloved music to their instrumentation, and championing new works by today’s composers. The quintet eliminates the "fourth wall" between musicians and audience by often performing from memory, creating an intimate connection. This personal performance style, combined with the ensemble’s three-pronged mission of artistry, education, and community-building, lends WindSync its reputation as ”a group of virtuosos who are also wonderful people, too" (Alison Young, Classical MPR).​

WindSync launched an international touring career after winning the 2012 Concert Artists Guild Victor Elmaleh Competition and the 2016 Fischoff National Chamber Music Competition. In 2015, the quintet was invited by the Library of Congress to perform the world premiere of Paul Lansky’s “The Long and the Short of it,” commissioned by the Carolyn Royall Just Fund and the Chamber Music Society of Lincoln Center. Other premieres include “The Cosmos,” a concerto for wind quintet and orchestra by Pulitzer finalist Michael Gilbertson, and works by Ivan Trevino, John Steinmetz, Marc Mellits, Erberk Eryilmaz, and Akshaya Avril Tucker. Forthcoming commissions include new works for wind quintet by Mason Bynes, Viet Cuong, and Nathalie Joachim.

WindSync’s thematic programming responds to the people and places where they work. In Houston, they curate a 4-concert season and present the Onstage Offstage Chamber Music Festival each April, spotlighting everyday public spaces as gathering places for culture. In Louisiana’s Opelousas cultural district, WindSync was a pilot ensemble of Sound Places, a year-long project exploring the possibilities of creative placemaking through music led by Chamber Music America with funding from the National Endowment for the Arts. The ensemble's educational work includes tour stops at public schools and ongoing collaborations with the Sistema Ravinia and Houston Youth Symphony Coda social music programs.